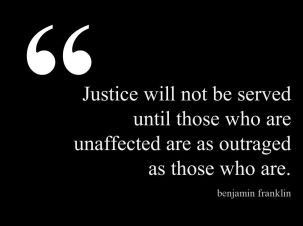 That is the paradox fueling the current protests in our streets.  When a white police officer pressed his knee on an unarmed black man’s neck and those around quietly watched as life left George Floyd’s body, that single act moved us backwards to a time we would prefer to forget. That single act erased 400 years of hope and resurrected 400 years of anger and frustration. That single act showed us that the promise of justice and equality died on a street in Minneapolis.

The dilemma is what do we do next?

In trying to reconcile my own anger and grief over this latest case of racial injustice, I’ve come to the conclusion that all of us inherited the burden of injustice. If this seems flippant, careless, or contradictory, I refer you to the collective history of the Americas – North, South, Central, and the Caribbean. Unless you are one of the indigenous peoples in the Americas, this land does not belong to you – it is stolen land. Let that sink in. We are living on stolen land. From the moment of the first conquest, all our lives have been shaped by a history of white privilege that began with European explorers and has continued into the 21st century with attempts to weaponize the media. Whether victim, perpetrator, or silent onlooker America is burdened by a history that has left us divided.

If this seems radical, then think in terms of power distribution in the United States. Who has it, who doesn’t?

In an interesting paradox of pride and guilt, white Americans continue to benefit disproportionately from social constructs shaped and sustained by cultural notions of power used long ago to control indigenous and enslaved groups, either through coercion or cooperation. If you don’t believe this, then look at the color of those who live on reservations and in ghettos.

On the other hand, Americans with Indigenous and non-European origins grapple with the paradox of a promised equality marred by the collective memory of coerced cooperation in, or rejection of social systems leading to the current disparities in wealth and power. In that sense they carry a disproportionate share of our burden but with few benefits.

Either way, you, me, we are in this together, carrying our respective burdens or enjoying benefits inherited from a fractured history that despite the rhetoric of self-evident truths promised in the Declaration of Independence, has never treated all of us equally. Instead we share social privileges according to the passport of our skin.

A close examination of the underlying pillars of our colonial roots, shows that having white skin was a convenient coincidence for the European forces who arrived, conquered, and settled this nation. In the rush to conquer and settle, what really mattered was survival by acquiring power; only later did we include skin color as part of an emerging social taxonomy. Perhaps accidentally, we noticed that those forced to operate the colonial machine as unfree labor were brown, black, or shades in between and this became a convenient detail to justify their enslavement or coercion. And, therein lies the fundamental problem. Despite the well-intentioned notions of our Founding Fathers, most of us are assigned a level of enfranchisement based on the color of power: Who has it?  Who doesn’t?

We believe in justice. We are taught to believe in the premise that each of us has an inherent right to life, liberty and the pursuit of happiness, regardless of color, gender, ethnicity, or economic status. Implicit in this is a belief that our laws and government will guarantee these rights by the equitable distribution of justice and wealth to Americans.  However, despite our beliefs, some Americans are more equal than others.

Let’s examine the analogy of a pack horse, primarily because I love horses and admire their natural inclination to be free. Secondarily, because pack horses have been portrayed as a ubiquitous part of the explorations that built our nation.

Horses in their natural state are grass-eating animals that prefer to roam freely from grassland to grassland. Horses are also very social and hierarchal herd animals who, for the most part, follow a leader who has established his dominance over the herd. That is their natural state.

Onto this scene arrive humans who observe that horses are strong, fast, and able to carry or pull people and their possessions. One has only to capture and convince a horse that humans, not their fellow horses are dominant.  The process of doing that is typically called “breaking a horse” because in order to exercise dominance, one has to exercise power over the horse in such a manner that the animal accepts human supremacy and becomes willing to do whatever is asked. Once “broken”, that particular horse’s descendants are raised to accept that hauling cargo or carrying riders is the natural state of horses. Roaming free is a delightful but unexpected exception from their life as “domestic” animals.

Sometimes the breaking of a horse is done gently, sometimes through fear. Either way, the animal comes to expect food and shelter in exchange for obedience.  Occasionally, a particular horse may challenge human authority, but inevitably, the human will overpower the animal and bring it under control, not because the horse is black, brown, white, or pinto, but because it is a horse.

We are not animals, but like horses, we do have a herd instinct that leads us to follow the strongest, most powerful of our species because we too are obedient by nature and expect those in charge to have our safety and well-being in mind. But what happens when our leaders become our oppressors? What happens when the promises are broken?

Freedom and equality become illusions promised, but unequally enjoyed.  Yet, history shows that we continue to perpetuate a taxonomy of power originally built on unfree labor. In the face of injustices, we continue to enable abuses of power. And, that, my friends, is why we have become the masters of our demise.

As Associate Professor of English at Georgia Gwinnett College in Lawrenceville, Georgia, my teaching centers on writing within a multimodal / multicultural context. Some of my ongoing research projects are The Virtual Caribbean Library and the Lost Voices, Forgotten Voyages projects; both focus on digital representations of the Caribbean. View all posts by creoleana

2 Replies to “Masters of our demise”